The Android vs iPhone battles have raged for a few years now, and it’s likely that they won’t subside anytime soon. While both sides seem to battle back and forth claiming that they have a larger percentage of the mobile market, the general consensus is that at the current moment Apple offers developers a larger opportunity to monetize through the app store and their integrated payments platform (though their lead may be shrinking), but the Android install base seems to be growing at a faster clip. It’s hard to ignore the Android trend.

Though it may be hard to decide which platform to bet on for the long term, it is clear that right now, if you want to conceptualize and develop products that reach the majority of the mobile market, you need to understand both environments well. There are inherent differences in the interactions, design constraints, and underlying behaviors of the OS. Android can’t be this great unknown that you read about occasionally and pretend to understand.  For me it was an unknown, so I decided that it was time to pick up an Android device and live within it for awhile. 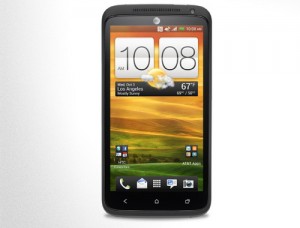 Yesterday I went to AT&T and purchased an HTC One X+ and added it to my existing plan on a second number. I shared the number with a few people who I interact with frequently and asked them to use it as my primary number for the time being so that I can get the experience of using it naturally as a first resort. Twenty four hours later, I want to share some of my initial impressions around being an Android user for the first time after years of using an iPhone.

Immediately I was humbled by being uncomfortable in a new experience. I took for granted the fact that over the last four years I’ve used an iPhone every day as an intricate part of my daily interaction with the world around me. I knew every setting on that thing, every customization, and had followed the announcements of every new feature the week that they were announced and made available. That level of time commitment and use created a high level of comfort. In a new Android environment, it was very clearly apparent, that 4+ years of innovation, new features, customization options, had rolled on without the slightest bit of attention paid, and as such, jumping in at this point left me with quite a bit of uncertainty about what to do.

That being said, initial discomfort or uncertainty does not mean that my experience has been negative. On the contrary, I’m enjoying many things about the device, and am getting used to things very quickly. The large screen, the informational widgets, the nice Google service integrations, and the Play store have all been major positives. I’ll share some of my initial thoughts in bulleted form, with the disclaimer that I’ll likely discover solutions to some of the negative issues (if they are not in fact real weaknesses of Android) as I get more familiar with the ecosystem – in the meantime this only serves to notify people of some things they’ll notice early on transitioning from iOS to Android.

That’s all for now. I’m looking forward to begin hacking on Android development a bit, and learning what it’s like to really build for one of these things.