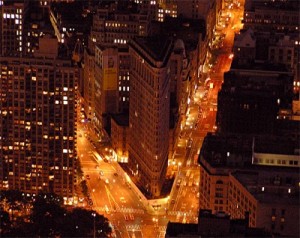 When people ask me to describe my regular workday, I usually start off by mentioning that I spend from about 7:15-7:45am "catching up with the internet."

You see, it seems as if this post-web-2.0 internet consisting of realtime, social, and mobile is an organism that never stops moving. It's constantly spewing off news stories, tweets, startup launches, blog comment discussions, and genius viral campaigns. Not only is there a 24-hour news cycle, but there's a 24-hour discussion cycle amongst my friends, my colleagues, and people whom I aspire to one day become my colleagues. And there's something to learn from all of it.
So during my waking hours, even though I don't spend every minute working, I still try to spend as much time as possible absorbing. It's not that hard to stay current on the pulse of the internet because I'll either catch an update on twitter, hear someone in our workspace talking about the latest controversy, or get an email asking me what I think about the hot new datastore. But when I sleep, the internet keeps moving forward. The debates of the day ramble on late into the west coast hours, and intelligent people contribute valuable information to the general collective knowledge base. And it really burns me up inside to feel like I'm missing out.
Am I missing out? In the grand scheme of things probably not. If I don't hear about news that broke 6 hours ago while I was sleeping, then it probably wasn't important enough to be worth knowing anyway. But still, it's hard to tell what's worth spending time on and reading in the morning, and what's not worth the 10 minutes that could be better spent elsewhere.
There are a number of services out there which try and recommend worthwhile content to you based on your past habits, topics of interest which you've tagged, and the influence of other people like you in the system. The smart folks at Parse.ly are working on content recommendation system like this, as are the bright minds at Pinyadda, among countless other startups. If these services can truly recommend useful content, and more importantly do it in realtime, then it will be interesting to see how they turn out. I think it may be overly optimistic to expect that the realtime aspect will be effective, so instead I would like to recommend another approach: curated personal daily briefings.
When President Obama gets up in the morning, he doesn't even have to ask, "What's going on?" There's already a large team of people who's sole task it is is to provide him with a briefing on every area of governance that he's concerned with, and they're all waiting and ready to give him a report. I'd like an analogous team ready to give me a briefing on what's going on, as well as to tell me what is worthwhile to follow up on on my own.
Sounds like it's pretty far fetched, eh? Maybe not. Consider that I'd be satisfied with one person very similar to myself, a good friend and fellow NYC startup hacker-founder perhaps, who happens to be paying attention to the internet during the 12 hours that I'm not, giving me a 10 minute briefing first thing in the morning. I'd be happy to return the favor for him during the time he wasn't paying attention. We'd read similar news, be interested in similar topics, and follow similar sources on twitter. Now, with just two people playing this role there'd definitely be gaps when we'd both miss something, but what if there were 4 people and we only had to report once every other day? What if there were 10 people? 60 people? Each person would be responsible for creating a curated update of the past 12 hours once a month to contribute to the group. Seems reasonable to assume there may be 60 like minded people in the same ecosystem looking to benefit from these updates.
Now what if there was no need to organize a group like this at all, and instead there was a service that you could pay for these on-demand updates. Maybe I wouldn't subscribe individually to pay out of pocket (I probably would actually), but it would certainly be beneficial for a startup to pay for this for each of their employees. The productivity gains would be tremendous by eliminating the need for every individual to filter through all the content on their own. A service could deliver updates to subscribers via podcast, via email, via personal phone call, and it could be customized to each person based on their interests and sources of preference.
I haven't taken much more time than it took to write this to think through everything, so with more thought it could obviously be tuned. But it seems like a curated wire news service for niche groups based on their ecosystem and preferences would at least be useful, if not profitable.